Written and posted on behalf of Brent Hemington.

Separation is stressful for almost any couple, and understandably so; emotions run high as both parties are entering uncharted territory in their relationship.

More often than not, this combination of raw emotions and confusion creates a dynamic that adds fuel to an already intense situation, causing even more strife and unrest. This can lead to a “perfect storm” in which both sides get so caught up in raw emotions and confusion that they have a tough time seeing the proverbial forest for the metaphorical trees (so to speak).

The Importance of a Strong Separation Agreement

Quite frequently, a big part this proverbial forest is the importance of a separation agreement.

Separation agreements are vital to a healthy, fair separation. This is because while couples will know they want/need to separate, they are usually so overwhelmed by the situation that the details of their impending split are hard to work out.

To further complicate matters, there is no official court proceeding, no special documents, or any sort of judicial acknowledgement required to make a separation official in the province of Alberta. A couple is simply considered “separated” when one half of the couple intends to live apart (ie. “separate”) from the other.

Decades of working in family law as a divorce lawyer have proven to me that while no official “separation agreement” is required in this province, establishing the details of your separation in a court-recognized agreement will save time, energy, aggravation, money, and occasionally even the relationship itself!

With this in mind, what follows is a brief run-down of the 5 most common (and important) aspects of separation agreements in Alberta.

Aside from child custody, this is the #1 concern for the majority of separating couples.

According to Divorce and Matrimonial Property Laws, a person does not lose rights to property or financial support by leaving first. Your right to your fair share of the property that your union has accumulated will be protected under the law, as will any rights to financial support.

The vast majority of couples who separate will live in separate residences.

However,sometimes finances or other considerations will mean both parties continue to live under the same roof.

If a separation  occurs where both parties continue to reside in the same dwelling then you both must live separate lives as roommates and nothing more. One of you also needs to have the intention of moving out as soon as feasibly possible (both for legal reasons and for each other’s sanity).

Aside from money, this is the top priority for couples as they negotiate their split.

Whether you are the guardians of a fur-baby or an actual child, working out a custody arrangement that works in the interests of the child(ren) and/or fur-person(s) in question must happen.

Trust me when I tell you that the longer this remains unresolved, the more difficult things become! As such, it is in absolutely everybody’s best interests to have this aspect of the separation settled right away.

If you are the parents of a child/children under the age of 18 then both parties must attend the Parenting After Separation seminar. This course is free to attend and attendance is mandatory. It will help to clarify the legal process of resolving custody, as well as to help everyone understand the various impacts that separation and divorce have on children.

4. What to Take With You

The person who has elected to leave the shared home is entitled to take their clothing, personal items, gifts given specifically to that person (but not gifts given to both people), and things that belonged to that person before the union.

If the departing person is also taking the children then they may also take whatever is necessary to properly care for them.

It is easier on everyone to take as much as possible when the departing party initially leaves. But if that is not possible then this person has the right to come back and retrieve the rest of his/her stuff.

However, I would strongly advise that a specific time be scheduled in advance for when this person comes back. That way everyone can prepare themselves beforehand, thus reducing the likelihood of excessive chaos or drama.

The division and settlement of debts is rarely ever cut-and-dry, and is among the most contentious aspect for the majority of separations and divorces in Alberta.

Any debts incurred during your union will most often be divided, regardless of whether it is in both names or under just one partner.

It is a good idea to make photocopies of financial records for both parties to keep. These records include any mortgages, credit cards, bank loans, lines of credit, bank account statements, and anything else regarding the finances of the union.

Separation agreements in Alberta do not have to be complicated, but they can seem truly daunting when you are in the midst of parting ways. It is always a good idea to consult an experienced family lawyer about your separation.

As a family lawyer with over 30 years of experience, I can help you with your separation and divorce matter. My focus is on resolving conflict – not creating it. Feel free to contact me with any questions you may have or to schedule an appointment. 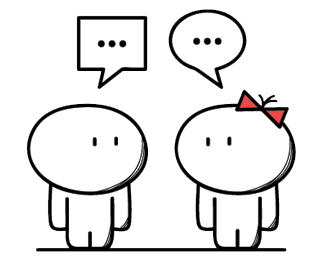 Written and posted on behalf of Brent Hemington. The Pros of a Good Prenup: Helping Couples Get on the Same Page Nobody […]

Written and posted on behalf of Brent Hemington. So You’re Splitting Up: 5 Tactics to Survive Your Divorce or Separation and (Soon […]